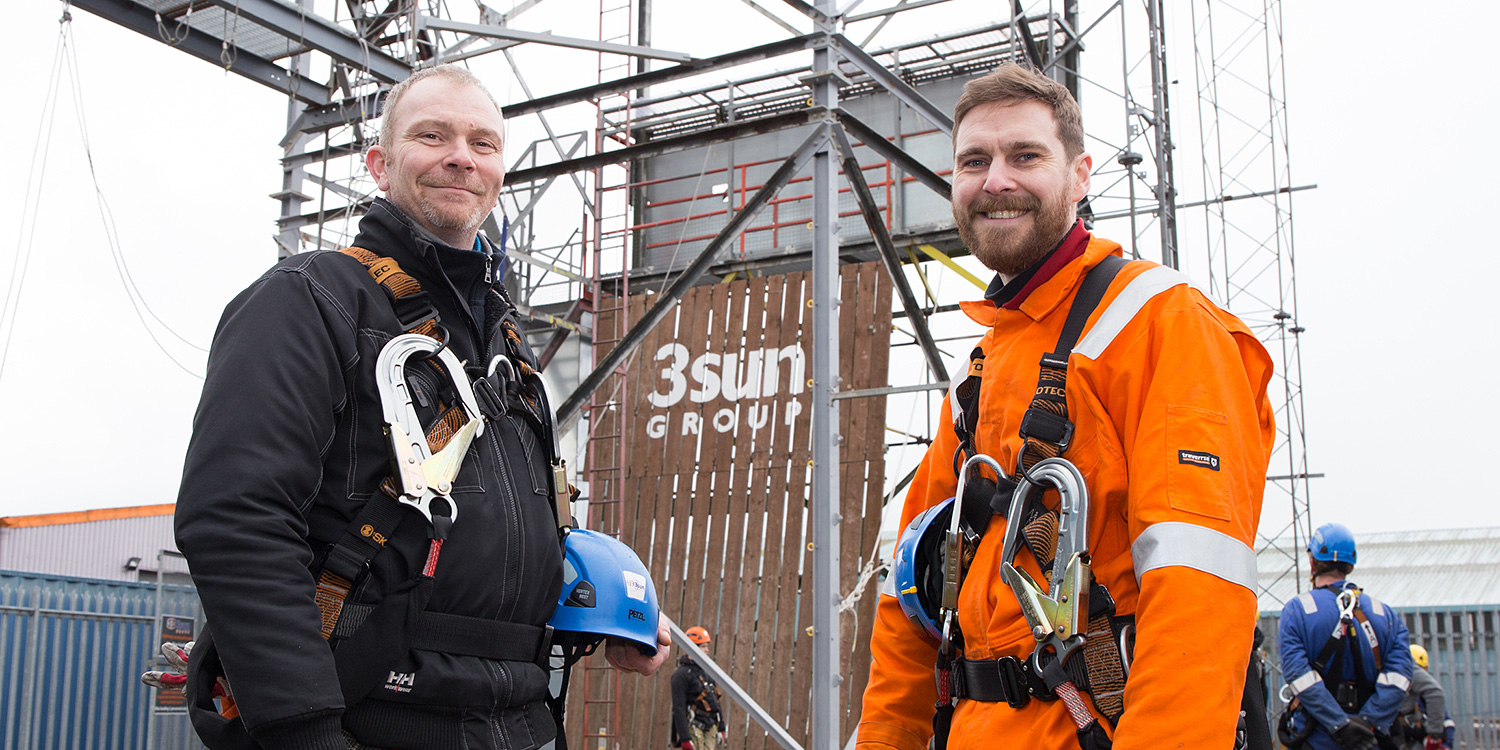 More than 100 new wind turbine technicians have been taken on by leading energy company 3sun Group, swelling its staff roll to more than 400.

Some are joining the 40-strong team building the 56 6MW Siemens turbines for the Galloper Offshore Wind Farm at the purpose-built pre-assembly yard at Great Yarmouth port.

A 120m crane stands ready to lift them to sailaway to the site off Suffolk next month where they will be installed on to the 336MW wind farm’s foundations.

More than 1500 hopefuls sent their CVs to Great Yarmouth-based 3sun when it announced its search for 100 new technicians January, many from oil & gas workers looking for a new career.

After completing training at the 3sun Academy, they are now joining teams across the UK and Europe, with some earmarked for the “Made in Great Yarmouth” project at Great Yarmouth’s Outer Harbour. 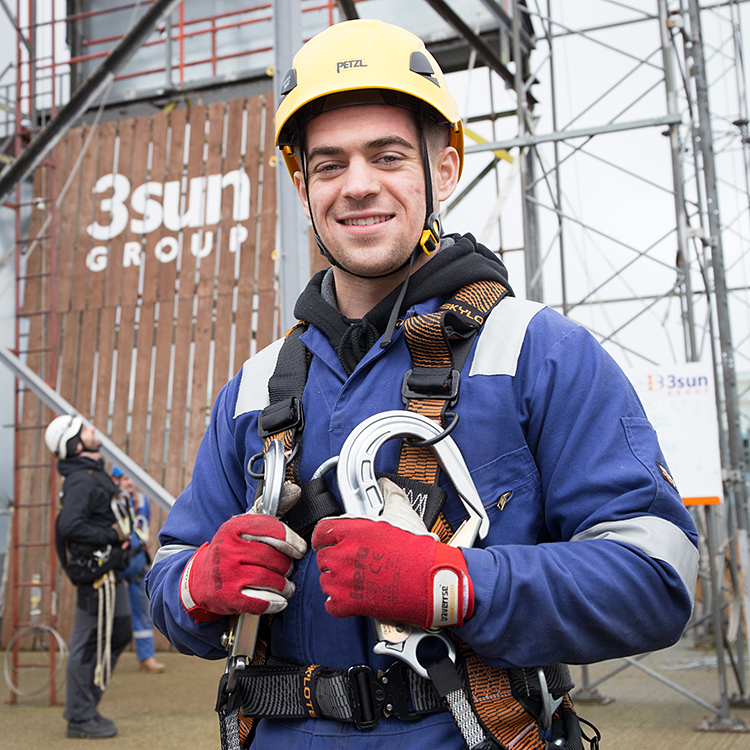 They were training at the 3sun Academy within days of receiving their job offers, completing Global Wind Organisation (GWO) courses, working at height, safety passport, manual handling and first aid training demanded by the industry.

3sun chief executive Graham Hacon said local people building the turbines for windfarms off the east coast was “exactly what we have been working towards.”

“People in the town can see these towers being built and changing their town’s skyline and it is local labour making it happen. It makes it especially poignant as this year is our 10th anniversary.”

Carl, 46, said offshore wind offered him the chance of a “job for life” after years working offshore across the world – in Africa, Malaysia, Qatar – as a maintenance supervisor.

“Some of my skills from oil & gas have been transferable. I am a mechanic by trade, I have worked on oil rigs so working at height isn’t an issue. I am used to working abroad for long periods.”

Made redundant in 2015, he moved into a lower level offshore job for a year before facing redundancy again.

“The wind industry can use a lot of the skills I already have. I can do mechanical, electrical, hydraulic and working at height. I’m enjoying the training and looking forward to starting work.”

Curtis, a former Flegg High School student from Ormesby, is delighted to be back with 3sun Group after completing its two-year pre-apprenticeship scheme last summer

“This is what I wanted. I’ll start in a ground technician’s role and will hopefully progress into mechanical and electrical work.”

The recruitment campaign will service £6million of new and existing offshore wind farm contracts in the UK and across the world.

Photos: New 3Sun Group recruit Curtis Robinson is about to start his first job after completing 3sun Group’s Pre-Apprenticeship training. And Carl Hills, left, and Bryan Marshall, both made redundant from their jobs in oil & gas last year, are working on pre-assembly work on the 56 6MW wind turbines for the Galloper Offshore Wind Farm at the purpose-built pre-assembly base at Great Yarmouth. ©TMS Media.