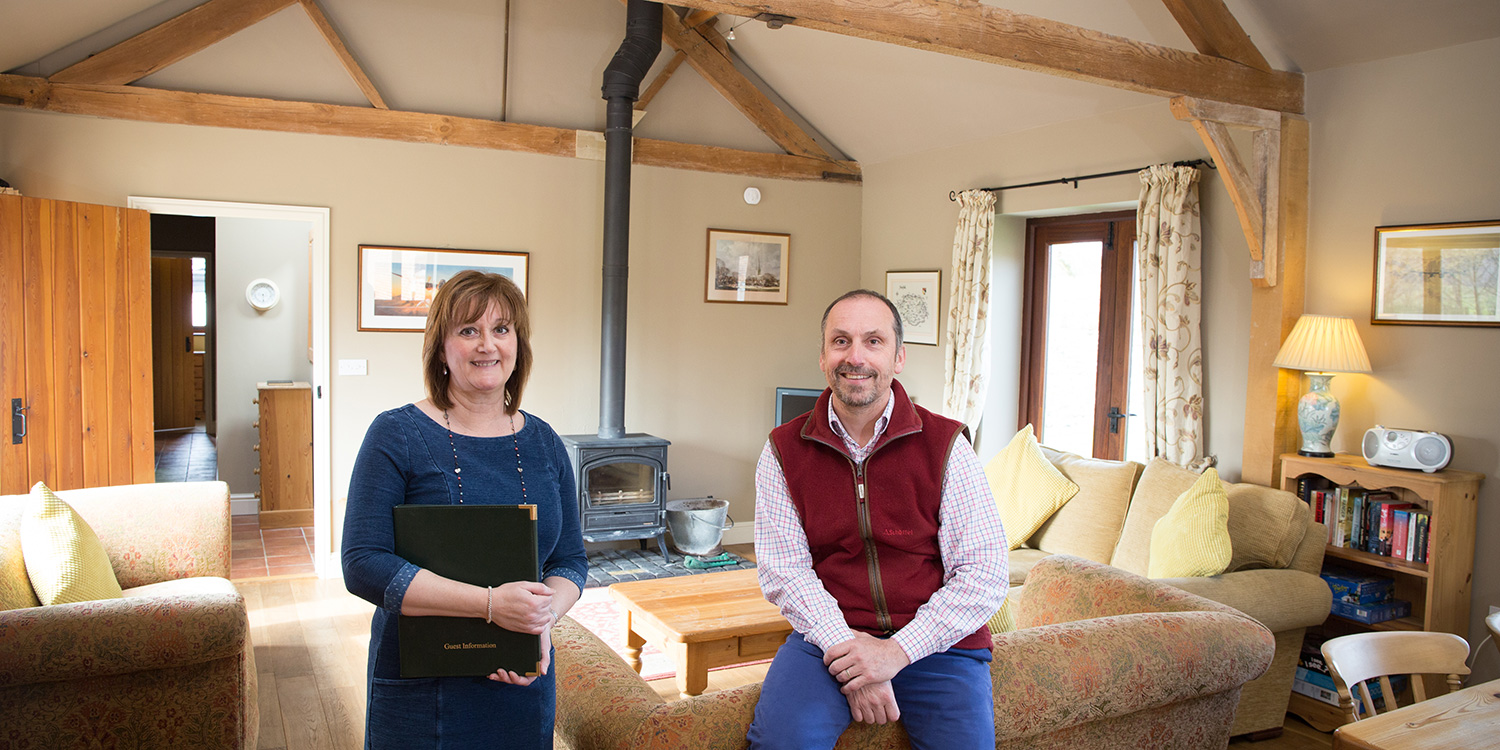 Diversification has paid off for one Norfolk farmer who has seen his income more than double.

Stephen Harvey wanted to make the most of the farmland he inherited which had been in his family for generations. However the business climate at the time meant that running an arable farm was no mean feat.

But after taking advice from chartered accountants Stephenson Smart, in Fakenham, Mr Harvey made the big decision to take a change of direction. And he and his wife Lynne have never looked back.

Jex Farm at Little Snoring not only operates as a successful farm, but the 170-acre land is also home to a thriving bed and breakfast offering three ground floor rooms in the former dairy, alongside self-catering holiday accommodation in the old stable and barn, which can sleep seven and five people respectively.

Mr Harvey now combines his farming duties with cooking breakfast for his guests. His latest plan is to introduce a five berth caravan site, for which bookings are now being taken.

He took over the farm from his father in 1997 and began an association with Nigel Ward, one of Stephenson Smart’s partners. The company, which is more than a century old, has six offices across Norfolk and Cambridgeshire.

“I’ve told many people that it all started because of Nigel. He said to me ‘why do you run a farm, because you won’t be running one for much longer’.

“Nigel came out some time later while we were renovating and had a look around and said he could see what we were trying to achieve. Since then bookings have been going ballistic and our income has definitely more than doubled.

“People do give us lots of compliments and many of our bookings are repeats. My wife and I put an awful lot of effort into it.

Stephenson Smart has been acting for Mr Harvey’s family since the early 1960’s.

Mr Harvey said: “Stephenson Smart are very pro-active, it wasn’t a case of Nigel just managing the books and seeing what would happen, he was honest and made me think about what I could do to make it work. They have been very helpful and supportive.”